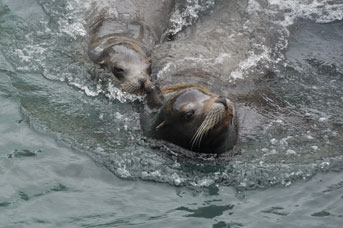 The Cornwall Seal Sanctuary was one of our priority visits when arranging our Cornwall trip this year. Our little one is a huge fan of animals and we knew we had to make a trip to visit.

Situated in 40 acres of stunning Cornish countryside, The Seal Sanctuary in Gweek is the only fully operational seal rescue center in Cornwall. The seal sanctuary provides a lifeline for stray, sick and injured seal pups which have been discovered around the Cornwall coast.

When we arrived at the Sanctuary we headed straight to the seal and rehabilitation pool where we saw a number of grey seals and common seals. Our toddler was very excited to see the seals and as the pools are protected but fairly open it is great for the little ones to get up close! The sanctuary also has a seal hospital which we had a quick look at too, although there weren’t any seals that had been admitted it was fascinating to see the level of equipment and care that goes in to looking after the rescued seals. 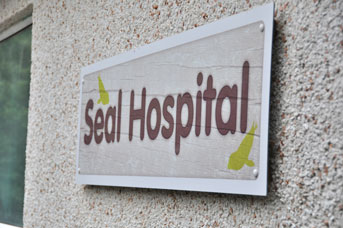 We then went over to see the penguins as there was a live talk and feeding session happening, this was interesting and a large crowd had gathered whilst the staff member fed and talked about the penguins. There is an underground shelter which allows you to see under the penguin pool as well as an opportunity to see them dive in to the pool from the top. Again very fascinating for the younger ones too as they get a chance to see the penguins swimming and interacting with each other. 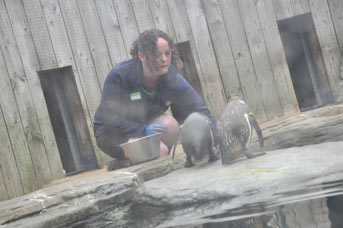 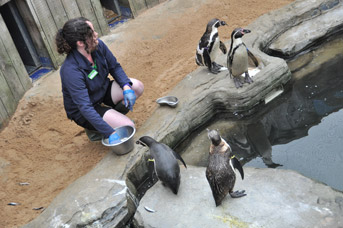 We then went to visit the sea lions, we had been given an exclusive opportunity to feed* them which was very exciting. We met with a staff member who had a large bucket of mackerel which she threw over the enclosure so that the sea lions could catch it. I couldn’t wait to have a go; although my aim wasn’t brilliant the sea lions were very good at catching the fish and were eager to get fed! When we reached the last fish we had to make sure that both sea lions were given one at the same time. We then we had to cross our arms to signal no more and they both understood that lunch time was over! This was very amusing to our little one who found the throwing of the fish and the interaction incredibly fascinating and amusing. 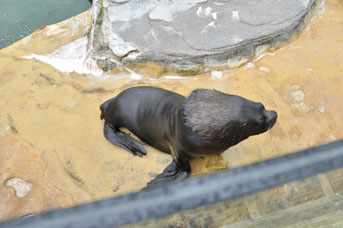 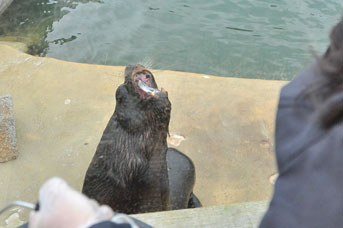 We finished off our visit with a stroll across to the otter creek where we saw some very cute little otters. All in all we had a fantastic day, even though it had been a little rainy and drizzly we didn’t even notice! A great family day out and a very educational trip! 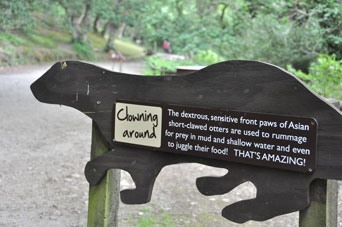 *To feed any of the seals and sea lions is at an extra cost and must be booked in advance.

For more information go to https://www.visitsealife.com/gweek/ 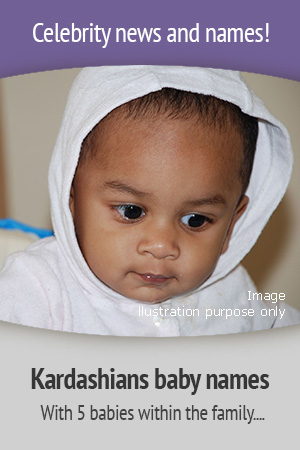 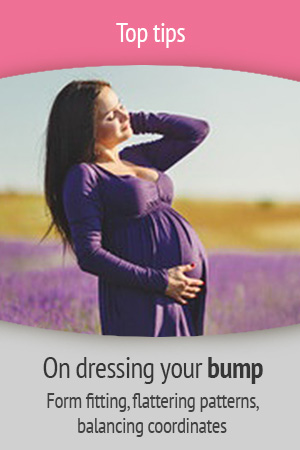